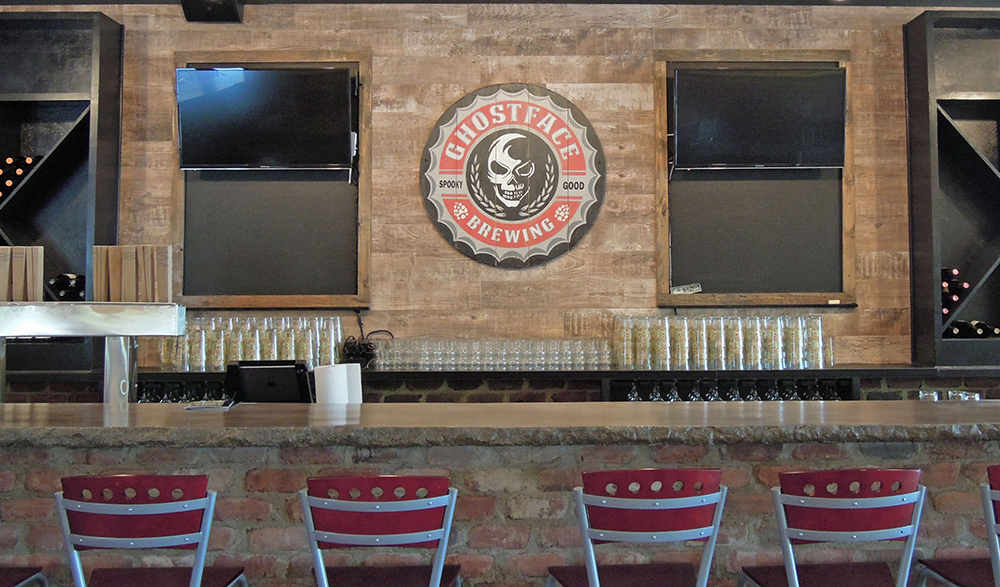 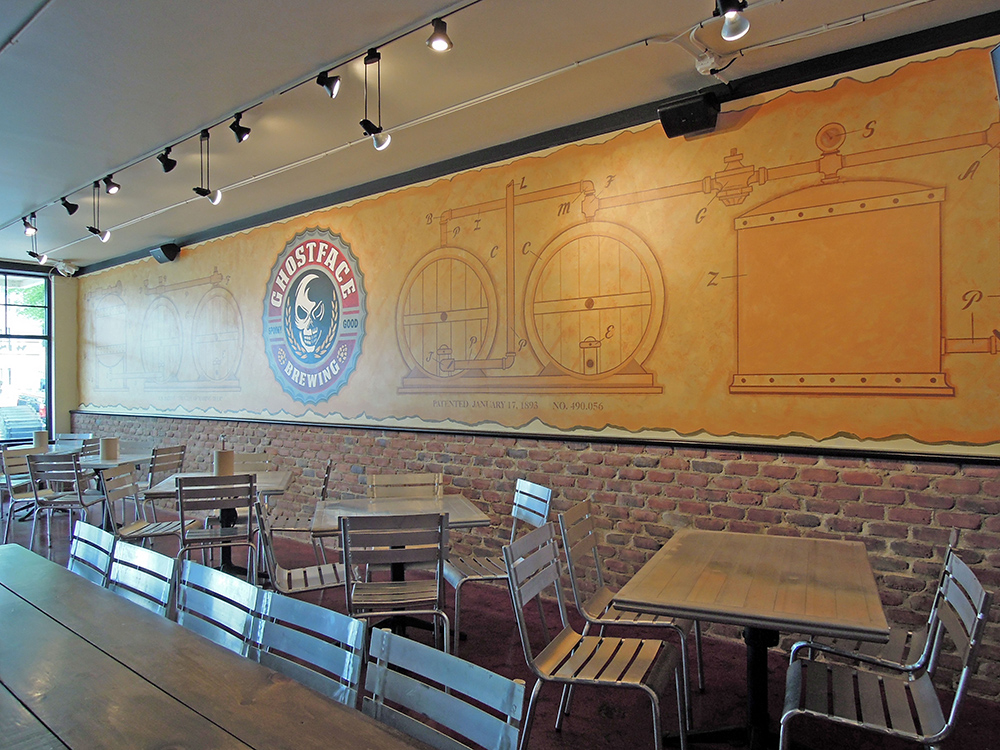 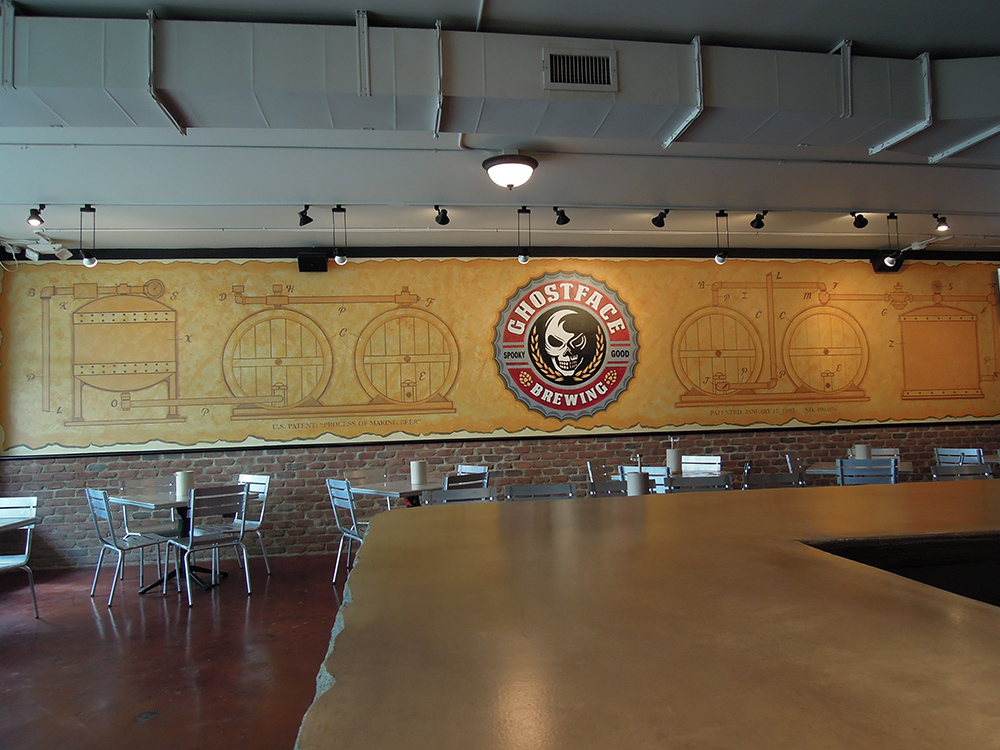 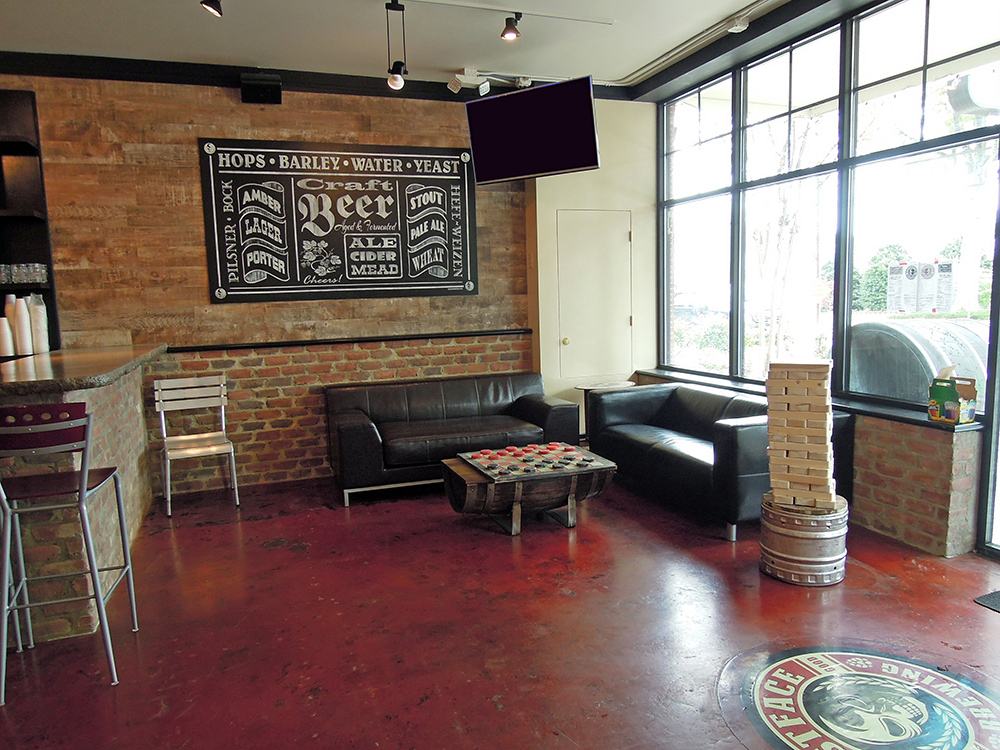 Mike Cuddy, owner of the East Statesville Avenue brewery and tap room, said the long process to open the business has been “fun and stressful,” but he’s ready  for the public to see what’s he’s done with the space.

“I think people are really going to enjoy the atmosphere and the beer,” he said.

The 2,500 square-foot  brewery’s industrial look features exposed brick-reclaimed from its former use in a waist high walkway that was located in t he middle of the building–along the cement-topped bar and walls, and metal chairs and tables

Two large wooden communal tables are featured in the center with standing bar table tops toward the back, and a lounge area up front where guests can play a round of checkers